Mostly, I'm of the opinion that you do not need ads to build a successful product. 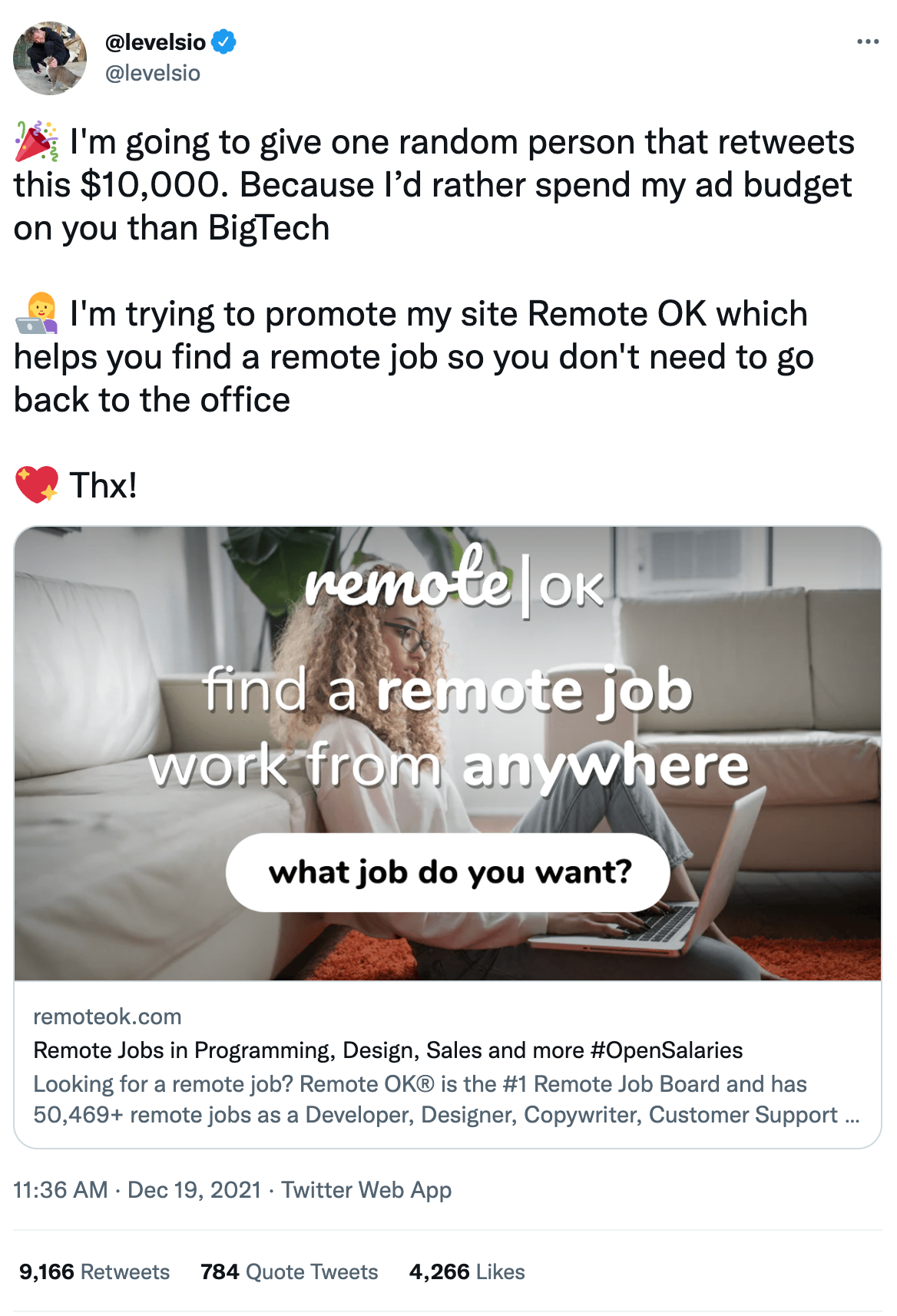 Is this word of mouth, or is this using bastardized paid ads, or is this just low-quality contest frenzy?

From Levels' own data, he spent $10k and returned $0 in revenue directly. He did not publish all the data around it, like impressions, clicks, and shares that since made him money from this.

Curious, I thought I'd give it a go. My Twitter profile has significantly fewer followers (2.4k) than Levels (150k), so I knew that my impact would be less, even if I gave away $10k. Plus the product I was promoting was a brand new product that A) has no traction at all and B) would have a smaller ARPU than RemoteOK. So I scaled the price down to $300.

Even though I have a sample size of two, the retweet count seemed to correlate roughly with the Dollar amount prize being awarded. So my $300 reward turned into roughly 300 retweets. Levels' $10k rewards was around 10k retweets.

It's not reflected in this image, my Twitter followers increased around 130 as a direct result from this tweet. I think this was largely due to the fact that I run @CastingCallClub (10k followers), which retweeted this tweet.

This type of tweet would be a promoted tweet, where I would be charged based on billable action. In this case, it would have been link clicks, not expands, retweets, likes, impressions, etc.

Overall, I think it turned out pretty well given my limited reach.

Will I do this again?

No. This felt like a big distraction when I could have been building word of mouth features that would've yielded better results.