You're here because I put big numbers in the title and the most important thing in the world is money so you're like,

"Fuck, I guess I need to read what this shithead has to say."

Starting your second company after a successful first one is easy, and it's even easier if you have an engaged audience.

Seriously, just that ☝️. You can stop reading. Don't like or subscribe. Don't hit the bell icon.

Clarifications on the big numbers:

The Story of Buford, Part 1

Right, so.. the details:

Ignore everything I did before 2015 - the Techstars, the IPO, the prison. Pretend this was me in 2015, as it very well may be you now:

"In the face of overwhelming odds, you're left with only one option. You're going to have to entrepreneur the shit out of this." - Andy Weir

So in 2015, I was all over Reddit in the throes of depression, infinite scrolling, when I had a single good idea. I noticed a small but passionate group of voice actors complaining that their old site was taken down and now there isn't a great place for amateur voice actors to collaborate except Reddit. I was something of a voice actor myself (I did it in college), so I fell right into the group, got to know them -- what they wanted -- and built a website: www.castingcall.club.

Now why would there be no place on the internet for amateur voice actors, and the only site they used shut down? Could it be there was no market for this? ....Anyway, I was going to be rich.

Within a few months, I had a thousand active users. Within a year, I had 10k. Social features like upvotes, comments, public auditions and others made Casting Call Club (CCC) unlike any other voice acting platform out there. The 'industry' likes to covet the secrets of acting and getting cast for jobs and here I was demystifying it. This was the secret sauce for CCC in the beginning (now days it's literally THE place for newbs to get their feet wet). 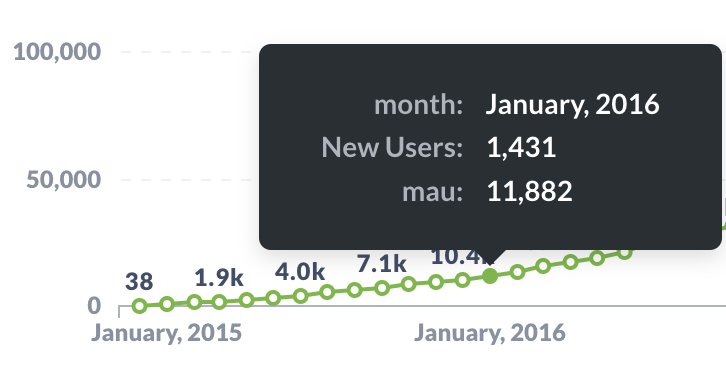 Imposture syndrome shaking off a bit, I felt good, until I checked my bank account. Did not make a single dollar. In fact, I was losing money faster than ever because all those audio files they uploaded were racking up fees.

So it turns out that amateur voice actors don't have any money and the market opportunity is basically nil.

I felt silly, more silly than my own name. ...what a shite name.

Trying to stay in business

I began to experiment on ways for CCC could make money to support itself. I tried

There are lots of tiny optimizations that I made over these years on the above, and growing these was enough to keep the lights on, but not enough to support my rocket competition with Bezos and Musk, not even enough to pay my own bills. CCC users liked the product, but were unwilling to pay for it en masse.

So I had to get a real job. I took a CTO role at a startup in LA, but my heart never left CCC. And! CCC kept growing.

By the time I left my LA startup, I was burnt out. I wanted to just go work as a barista at some beach town for the rest of my life, which I'm still planning when I hit my 50s. Just as I was ready to pick up CCC full-time again, I met a person named Brian Balfour.

The Story of Brian

Okay, Brian's a guy with a great haircut, jogs every morning, and will incessantly make fun of you for listening to Insane Clown Posse when you were in high school. But that's not important. What you need to know about Brian is:

He became the poster child for "Growth", so when he decided to start a company that teaches Growth (and other frontier topics) to businesses, companies threw their money at him. And thus, Reforge was born. I joined Reforge as the founding engineer for many reasons.

Because Brian had a decade of building an active audience, launching Reforge almost felt like cheating. It was the easiest startup I've ever done. My job mostly consisted of building a website that didn't break and watching the Slack #money channel light up every few minutes.

We had bootstrapped to 8 figures ARR in 3 years. When we were raising our Series A from Andressen Horowitz, the venture capital partner kept looking at the numbers and saying aloud, "these can't be real, right?" Yes, they were real. As real as those Insane Clown Posse CDs still in my basement.

But really, was it only 3 years? Or was it 3 years + a decade of Brian blogging, building connections, and growing companies?

My monkey brain started to realize something -- Brian's blog, his entire career, was just like CCC. He grew and grew his user base, and didn't make any money off that over the years, but it was only because of his active audience that Reforge launched so well.

The Story of Buford, Part 2

I looked around the internet to see more examples of this.

Okay, it seems audiences are fucking great. I had 150,000 voice actors as an audience. What product do they really want? They probably want what everyone wants -- money. 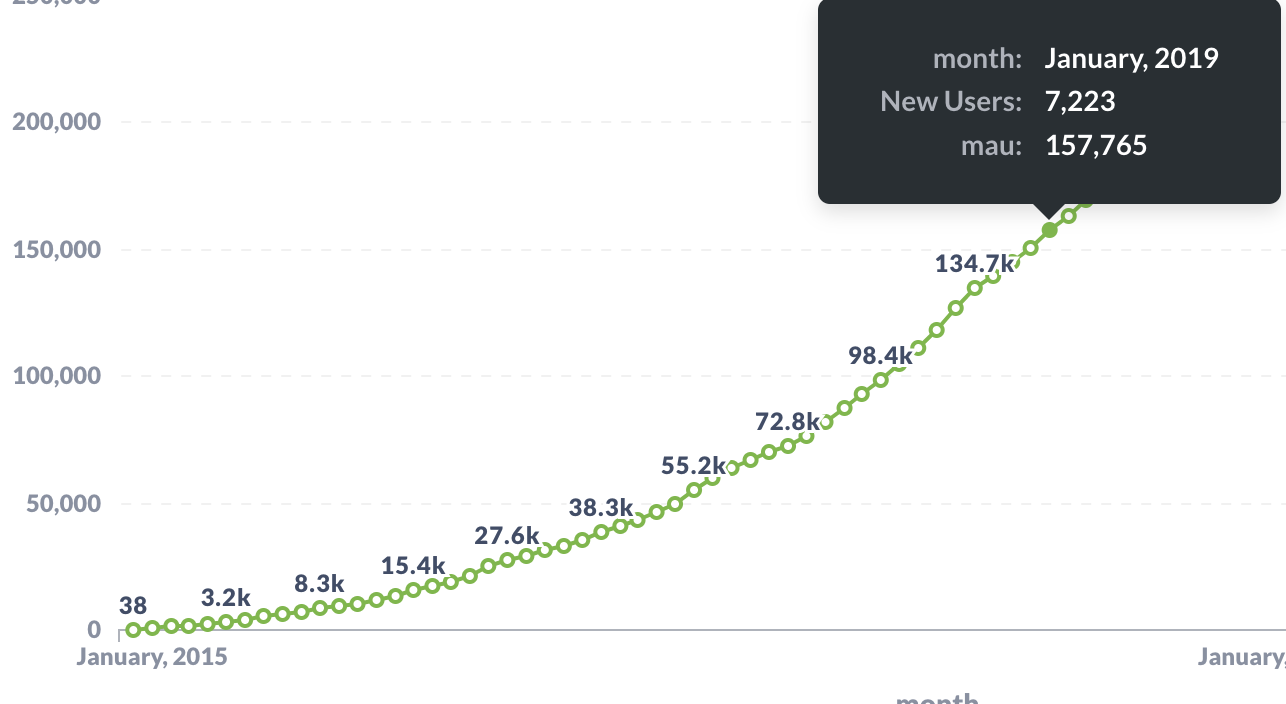 So in 2019, I started experimenting with the idea of bringing in professional instructors to teach a variety of courses that demystified internet-style voice acting even further, offering flagship courses on the art and methodologies of voice acting, audio engineering, demo reels, ADR/Dubbing, improv and more. The idea would be to provide quality education for them to get gigs.

Teaching something like acting is hard. First, there are a lot of celebrities that don't educate, they entertain. They bring in tips and tricks, trying to be a 'guru', selling you Goop (read: bullshit). You're bamdoozled because they're a celebrity, but you leave with an empty wallet and nothing else. I knew if I wanted to build an education company, it had to teach real skills, leave students with a clear path forward or even get them their first jobs, and it had to be transparent.

There were a lot of misses. We wrote a book that nobody bought. We spent months creating courses that no one enrolled in. But wins eventually came. More and more, the courses that had the highest NPS began to gain traction.

My daughter was born in April 2021, and it gave me time to step away from Reforge to start running the numbers on actually starting the education company for voice actors. I decided to call it Closing Credits. The closing credits are where you find the real magic makers in a film, video game, video, podcast, or any production. It's where people are immortalized for their hard work, their creativity, and their passion for their craft.

I checked the numbers on CCC, my active audience. 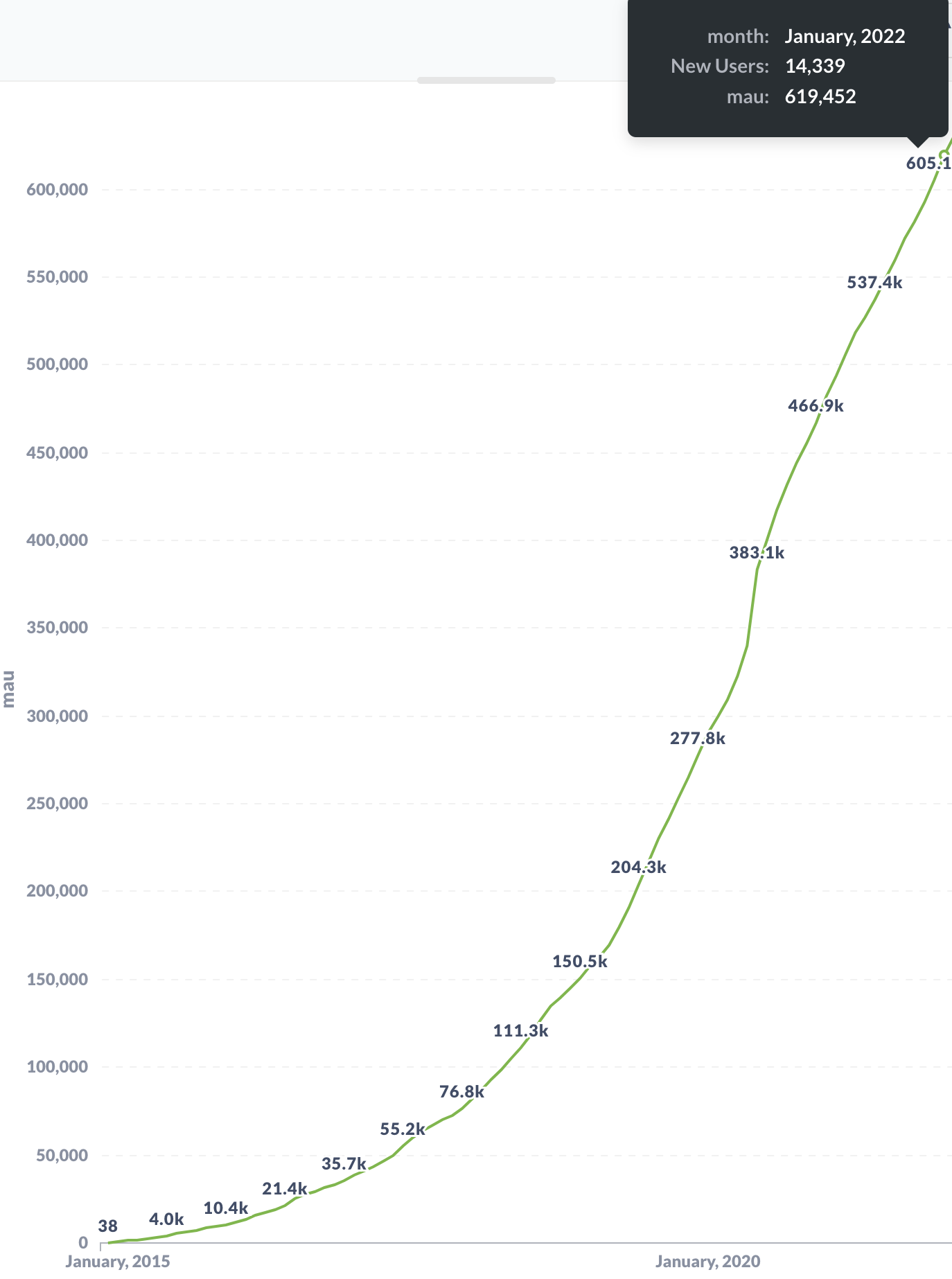 Okay, I was ready to entrepreneur the shit out of things again, so after a tearful goodbye with Reforge, I launched Closing Credits in August 2021. It climbed into $20k MRR in the first month.

The number of students wasn't the most important metric to me though. It was how many of them came back for a second, a third, or more courses. People genuinely were finding Closing Credits a good use of their time and money. Why is this so important? Because Closing Credits was growing its own audience, stepping out of the shadows of Casting Call Club. Closing Credits qualified leads started to come from our own students and successful voice actors who were happy to endorse us. 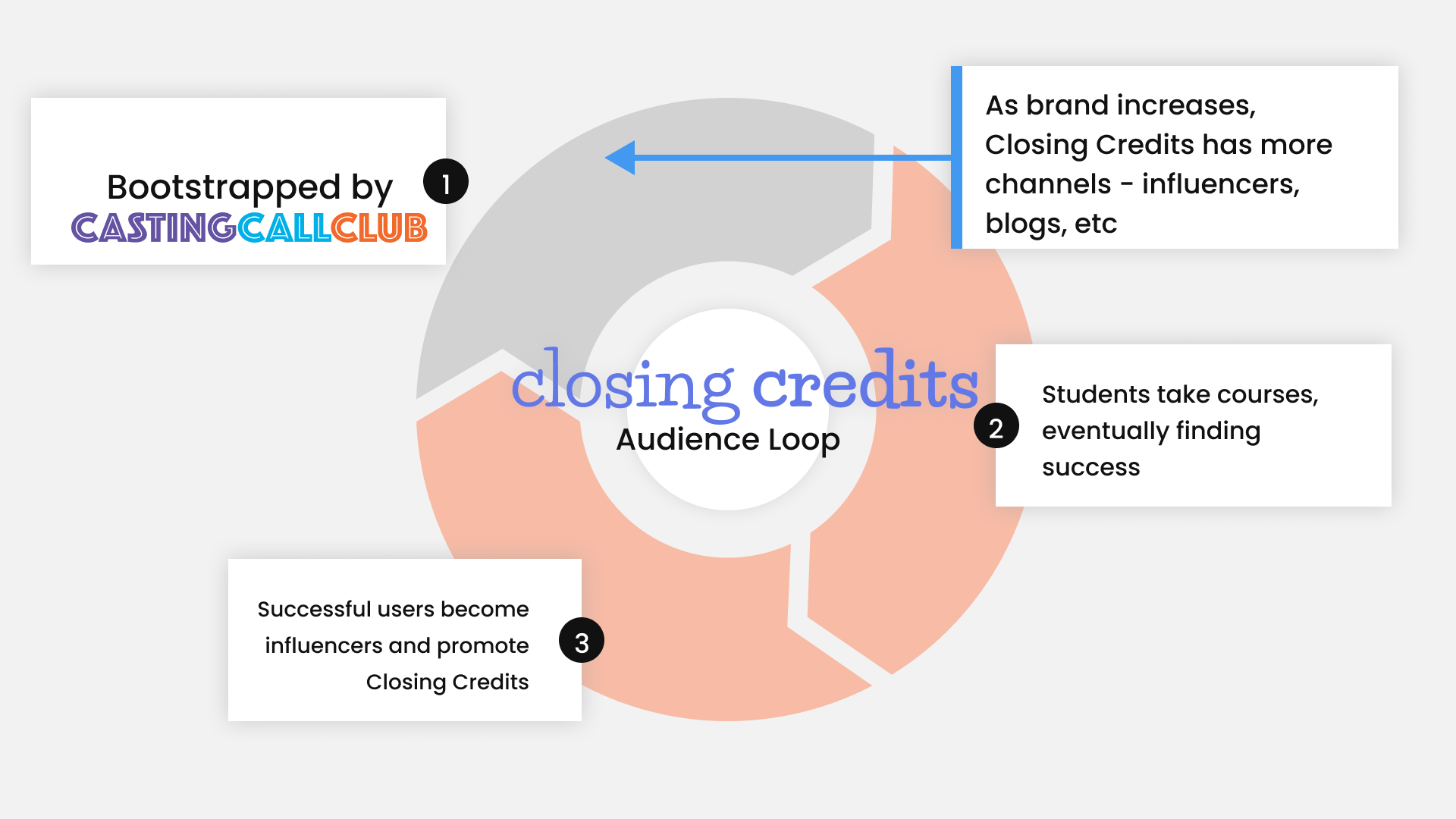 What have we learned?

Now you're saying, "Hey Buford -- funny name btw -- why did you write this blog? Is it because you're trying to make me part of your active audience, and you plan to sell something to me later?"